A kind woman who loved to share her Nigerian culture

Making dresses and preparing her native Nigerian meals, Oseola brought a smile to the face of everyone she met. 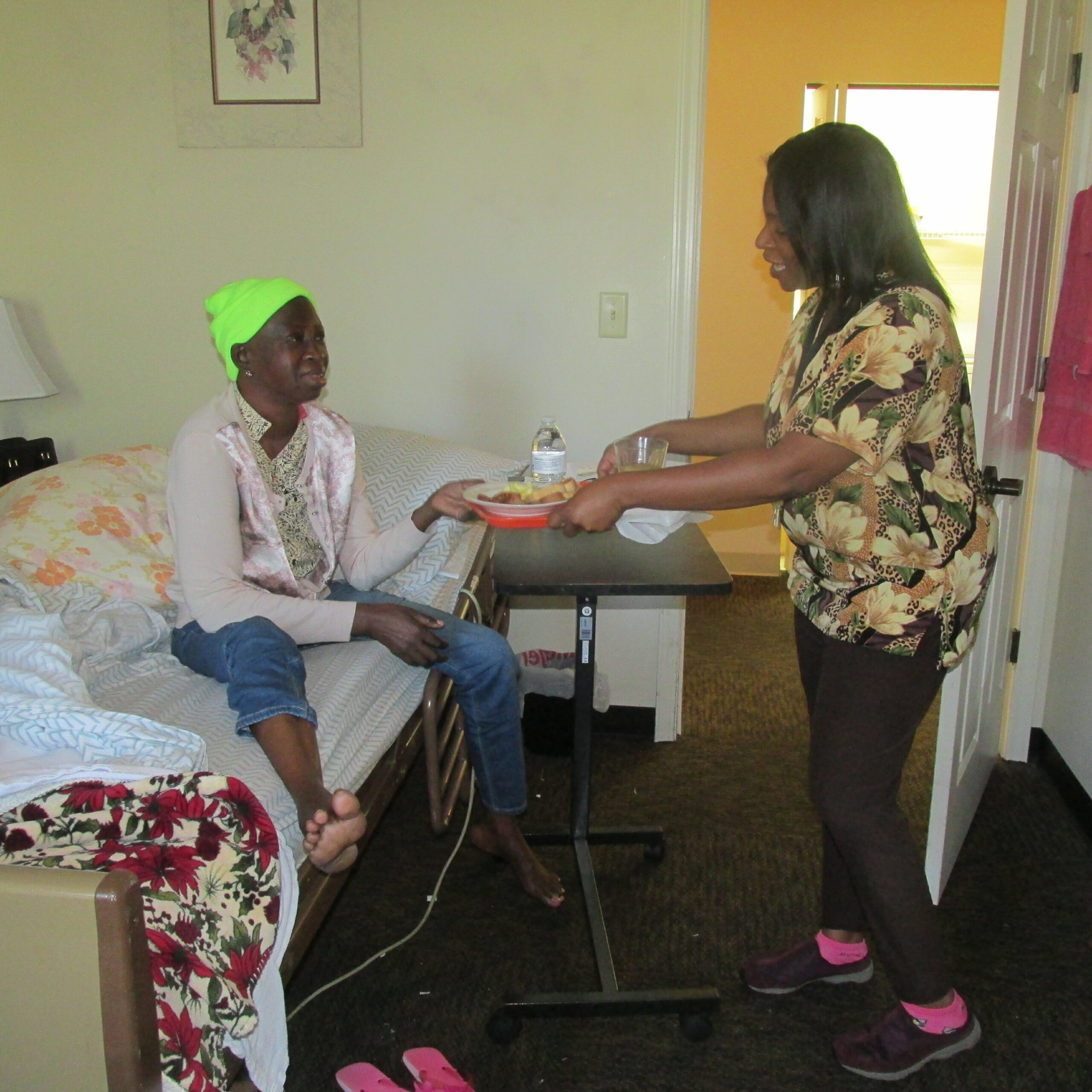 Although she spoke very little English, Oseola traveled to the United States from Nigeria to take a nanny position.

She arrived at the airport to realize she had been stood up for the job—no one was there to pick her up. Shortly after arriving in the US, she was taken to an Indianapolis hospital only to learn she had Stage 4 cancer.

Oseola had no job, no family, and nowhere to go until she came to spend her final months at the Abbie Hunt Bryce Home.

At the Home, she loved spending her time making dresses and preparing her native Nigerian meals in our kitchen. She brought a smile to the face of everyone she met.

Thanks to the Abbie Hunt Bryce Home, Oseola did not have to die alone. Instead, Oseola was able to spend her final days surrounded by compassion, dignity, and care.

Over the last 17 years, final birthdays, holidays, and meals have been shared within the Home, which is the only one of its size and scope in the entire Midwest.

Over 700 hospice individuals like Oseola have been served thanks to the award-winning Home, which is funded by the generosity of donors and partners like you.